Last Wednesday afternoon, while driving home from campus, I heard a story on National Public Radio about New York City’s ongoing effort to re-plant its storm-damaged beaches with native grasses.  It turns out that seeds from those grasses have been painstakingly preserved at the city’s Greenbelt Native Plant Center on Staten Island, and those seeds […]

I came to Middlebury, Vermont, last week on family business. I like to think I would have explored, and documented, any place where I was staying for nine days, especially if it was late spring in the northern hemisphere. And I’m sure I would have brought my bicycle, even if it was not a traditionally […]

In late 1864, a twenty-one year old Henry James spent four months in Northampton, Massachusetts, taking the “water cure” at the Round Hill Hotel off Elm Street.  Having grown up in New York City, Cambridge (Massachusetts), and Newport (Rhode Island), and schooled in Europe, he must have found the city provincial, even vulgar.  According to […]

The launch last Monday of New York City’s much-anticipated bike-sharing program, the largest in the nation, set off a flurry of writing about biking in that city.  What most impressed me about the pieces, though, was not their number; it was the wide variety of media, modes, and styles used.  From the point of view […] 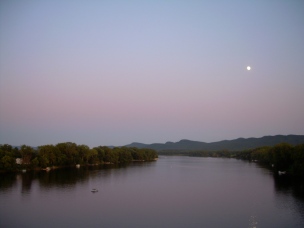